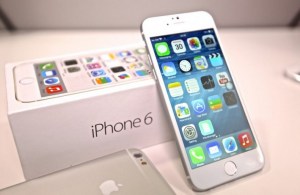 Apples iPhone 6s was released in September 2015. It has a sleek design with aluminium of the same grade as the aerospace industry with a stronger glass cover. The device is equipped with a 3D touch which allows its users to perform all kinds of functions more quickly and simply. With different degrees of press/tap, you can actually preview a content without actually opening it.

Its 12mega pixel rear camera allows users record videos up to four(4) times the resolution of 1080p of HD video. Its front camera has 5mega pixel affords its users a clear shot selfie.

The Apple iPhone 6s is powered by the custom-designed 64-bit A9 chip which delivers superb performance once found only in desktop computers. It allows for an experience of up to 70 percent faster CPU performance, and up to 90 percent faster GPU performance for all your favorite graphics-intensive games and apps. It has a highly advanced fingerprint sensor which makes unlocking the phone easy and secure.